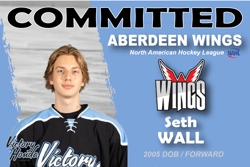 Huge shout out to Seth Wall on signing a tender agreement with the Aberdeen Wings of the NAHL. Seth currently first in the team in goals (26) and plus/minus (+33) and second on the team in points with 43 in 41 games played. Congratulations Seth! 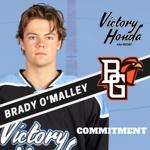 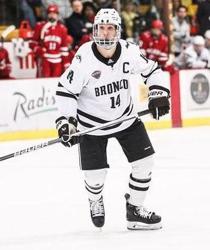 Western Michigan captain Polin ‘the epitome of leadership and professionalism’

Three years and a bit into his collegiate career, there’s little about the way Western Michigan forward Jason Polin operates that surprises the Broncos’ coach.

Pat Ferschweiler has been in Kalamazoo that whole time, starting in 2019 when he became Western’s associate head coach. Polin was fresh off a 35-goal campaign in his last of three seasons with the USHL’s Cedar Rapids RoughRiders, and Ferschweiler, who was elevated as WMU’s head coach last August, quickly saw future captain material in him.

Polin wears the ‘C’ now in his senior season, and his leadership continued to shine through last weekend as he bagged consecutive hat tricks in a home sweep of Miami. 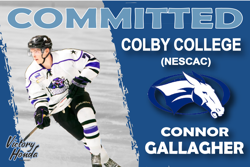 Congratulations to Connor Gallagher on his recent commitment to play NCAA hockey at Colby College this upcoming Fall! Connor is a VH Alumni who played for the 18's during the 2019-2020 season. During his Junior A career, he played for the Winkler Flyers in the MJHL (Manitoba Junior Hockey League), Islanders Hockey Club in the NCDC (National Collegiate Development Conference), and lastly for the Lone Star Brahmas in the NAHL. Colby College is one of the most academically selective schools in the US, located in Waterville, Maine. He will be receiving an Ivy-League education, while getting the chance to play in one of the best NCAA leagues in the country. Best of luck to you Connor! 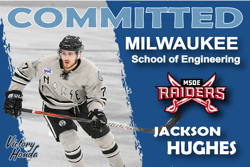 Congratulations to Jackson Hughes on his recent college commitment to Milwaukee School of Engineering for this upcoming Fall of 2022! Hughes is a U-18 alumni (2018-2020) and was apart of the State Championship team in 2018. Hughes played his Junior career in the NAHL (Chippewa Steel, Danbury Jr Hat Tricks, and St. Cloud Norsemen) and will be looking forward to taking his experience with him to MSOE. Congratulations Jackson!

RT @Jr_Blues: Hudak and Lonsdale (x2) both score in the 2nd period and we lead 3-2 at the break! #JrBluesHockey https://t.co/E6sdXVGCHh 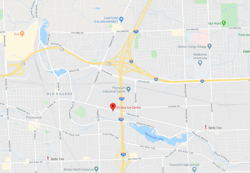